Rusty and Midge's paths crossed for the first time in post punk band The Rich Kids along with Glen Matlock from the Sex Pistols. Rusty had started a club night at Billy's in Soho with Steve Strange. Thus the seminal Blitz Club was born and became THE place to be seen. Visage were formed from this genesis as a studio project taking their inspiration from the Dusseldorf scene combined with sounds of the Blitz Club.

“It was a simple idea inspired by the desire to make European electronic dance music with our favourite musicians of the day” Visage co-founder Ure said.

The 1980 tour is the very first time that Midge and Rusty will take to the stage together to play some ground breaking dance tunes off the first Visage album at selected dates in the UK. Rusty will also perform a DJ set for the first part of the show.

Rusty has also championed the Irish electronic band, Tiny Magnetic Pets, who will be appearing in Rusty's place at Manchester, Liverpool, Belfast and Dublin, as well as the shows in Europe in 2019. Describing themselves as “Kinda Krautrock-meets-Bowie-in-Berlin jamming with Stereolab/Massive Attack/Goldfrapp/Kraftwerk, sort of thing…” they should fit the bill perfectly! 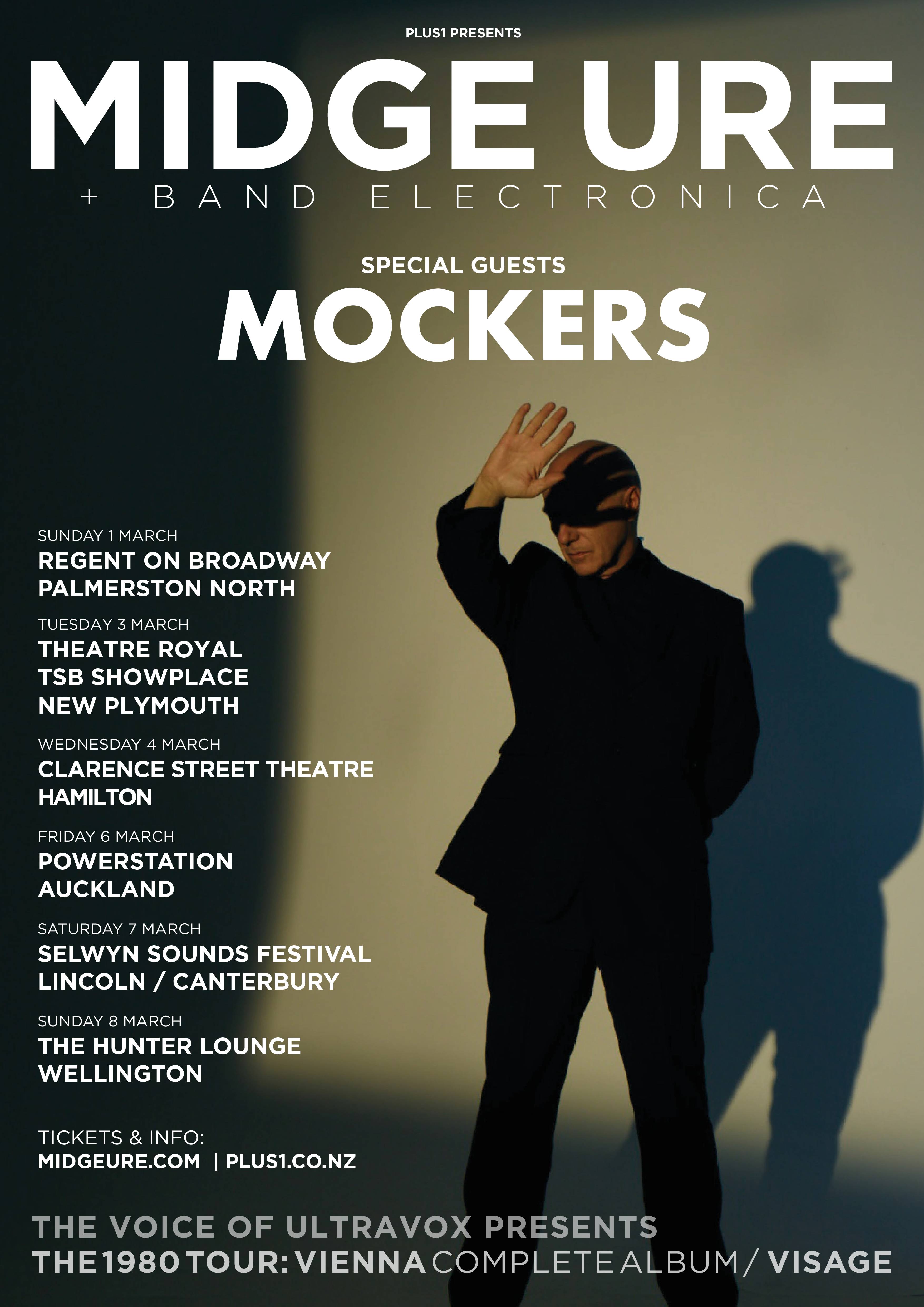 We are pleased to announce, after the unexpected sudden closure of the venue, that MJR Group have been able to move Midge's show to the Empire Coventry and all tickets remain valid.

Australia and New Zealand dates for the 1980 Tour

We are delighted to announce that the 1980 Tour will be making it's way "downunder" in March 2020. Australian dates will go on pre sale on Friday 24th May at 10am via this link

and General Sale on Tuesday 28th May

New Zealand dates will follow soon plus a show in Dubai.

The 1980 Tour - Vienna album, Visage highlights plus a selection of hits

Autumn 1979 was a pivotal point in my career trajectory.....over the previous two years I had travelled from “pop band” (Slick) to “post punk band” (The Rich Kids) to being a stand in guitarist for Thin Lizzy, who were a huge influence on me when I was growing up.

Over the course of autumn into winter 1979, I completed the Visage project with Billy Currie and was then invited to join Ultravo. The work we did that winter on the Vienna album was an exhilarating rush of creativity that was seldom rivalled in our history.

Forty years later I want to celebrate this period and as we pass from 2019 into 2020 play the Vienna album in its entirety along with highlights from the eponymous Visage album. Join me and my Band Electronica on this celebration journey back to 1980.

Tickets for mainland UK and Germany are now on General Sale and other territories will follow soon!

Midge Ure returns to the UK theatre circuit in early 2019 with a new show......well, almost new!

25 years ago, Midge presented a theatre show with a Q&A element to it....and the plan for 2019 is to revisit an updated version of the concept. “Songs and Stories” if you like. This time he’ll be playing with his multi instrumentalists Cole Stacey and Joe O'Keefe (who also open the show playing their own original material as India Electric Company).

There is plenty to talk about too while covering a 40 year professional career, Ultravox, Solo work, Band Aid, his Orchestrated CD from 2017 ...and anything YOU the audience can think of to ask him!

Midge will be performing songs from the Ultravox catalogue alongside his solo work and there will be an opportunity for suggestions from the crowd to pick a song for them to perform as well, so the show will be a selection of material that will satisfy the fans and please the curious...and it’s not often you get to suggest the play list !

All tour dates are in the "shows" section here and it is not planned to add any more shows to this tour so catch it while you can!