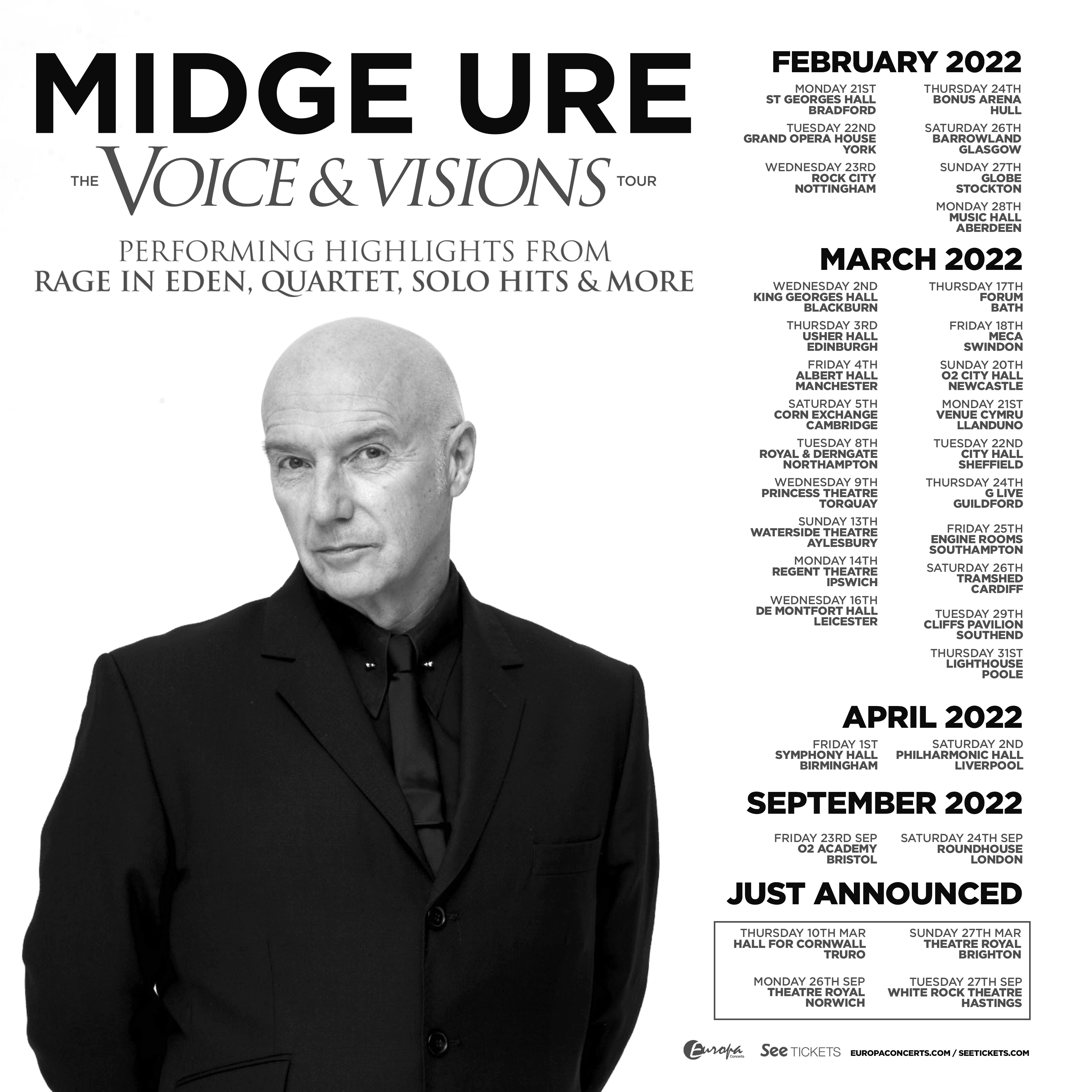 Midge will be embarking on a solo acoustic tour of the US and Canada this autumn.

All tour dates are available in the Shows section. 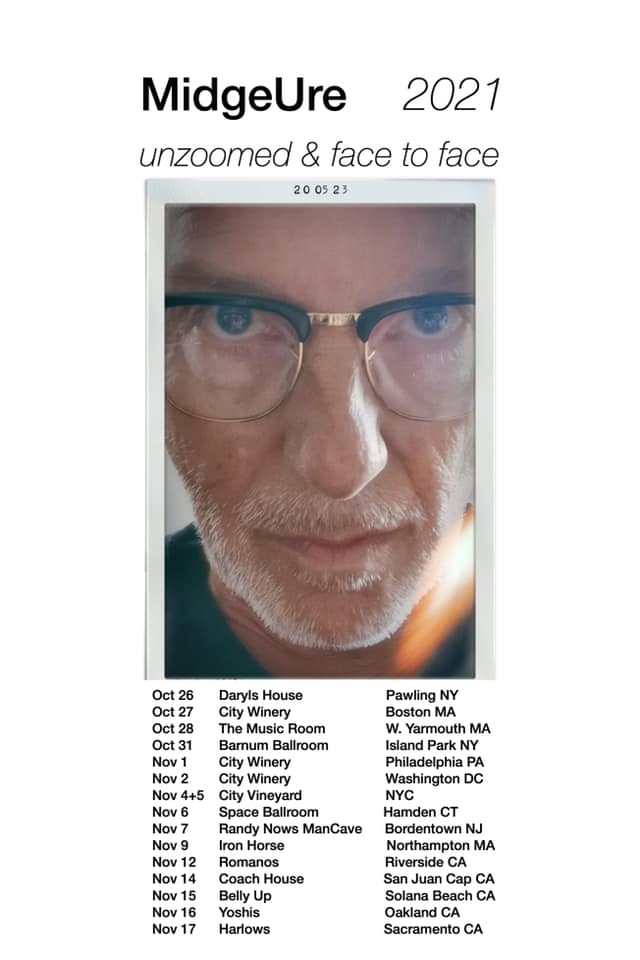